Stand away from the drain grate, lass! There be Otyugherds in the sewers. 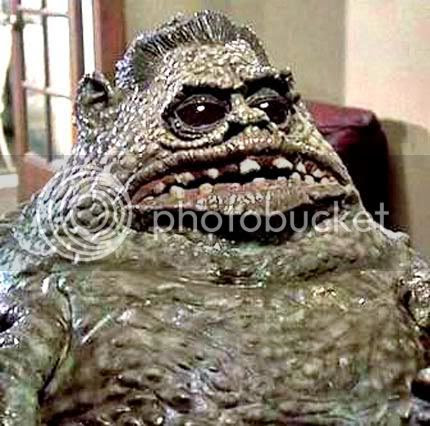 So, I've been working, on and off, on a rules addition for AD&D to better simulate the themes and events of Sword & Planet, and science fantasy fiction. I'm calling it Weird Space for the time being. It isn't going to be a stand-alone game, but instead, a bolt-on rule set to modify AD&D enough to make play smoother for this particular genre of fiction.

Anyway, I'm Googling around last night, looking for more inspirational art to give me ideas for Weird Space, and I hit on pics from Weird Science, a movie which I'm sure that Old School D&D blog readers are old enough to remember.

One of the pics is of the thing that Lisa,(LeBrock), turns evil older brother Chet,(Bill Paxton), into.
I used to be into science fiction movie prop replica building, and effects stuff, and the prop guys referred to the Chet/thing as, "The Sh*t Monster".

"Ah-Ha!", said the part of my brain which never stops blathering to itself about D&D, "That reminds me of Otyughs, Maybe the Chet/thing is a Otyugh/human fusion!"

And that's how we ended up here.

Though the great cities dazzle visiting country folk and bumpkins, with their towers and palaces reaching high into the sky, these places reach just as far below the level of the streets with their cisterns and wells, their dungeons and sewers. All things bright and wondrous are balanced equally with those things both foul and dark.

When an Otyugh is employed in the sewers of a large city, Otyugherds are often a part of the arrangement. Functioning as both keepers and servants of the Otyugh, they scour the adjoining tunnels to bring it choice bits of offal which may have lodged here and there and escaped the sewer currents. This activity keeps the sewers open and flowing.
Otyugherds clear offal jams, dung damns, and the corpses of those who may have run afoul of the Hidden Guild.

Squatly conical, and only vaguely humanoid, the origin of the Otyugherds is unknown, and unsettling to speculate on. Well adapted to their sewer dwelling lives, Otyugherds move only slowly by scooting themselves along on their broad and callused buttocks. Their short, and relatively weak arms and legs cannot bear their full weight.

Revolting in both mind and body, Otyugherds are vile creatures and any helpless victim who falls into their clutches can expect to suffer the most horrid perversions before their deaths, and likely afterwards as well.

Though their flabby hands may grip, only their bite causes damage. Anyone bitten by an otyugherd suffers and 80% chance of contracting some disease. Often typhus, or cholera.

Once per day, an otyugherd may explosively empty it's bowls, releasing a caustic gas. All those within 20' of the otyugherd must save vs poison or take 1d6 points of sinus damage and either vomit in nausea, or flee for 3 rounds. 50% chance of either. 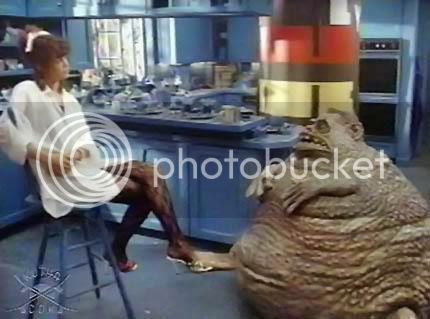 Just imagine inflicting a half dozen of these on your players in some filthy sewer. It'll be hysterical! 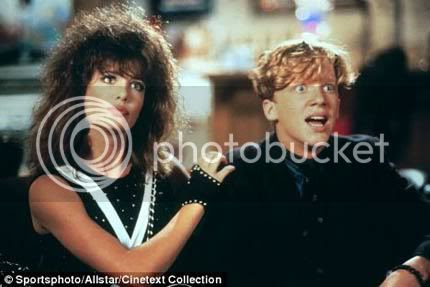 "From my heart and from my hands, why don't people understand, my intentions?"

Oh yeah, the Otyugherd should also have a long tongue it can launch out like a frog to catch flies and use as a ranged weapon to snatch PCs and drag them into its revolting mouth in a swallow whole manuever. LOL!