The Gray Mouser, One and Two 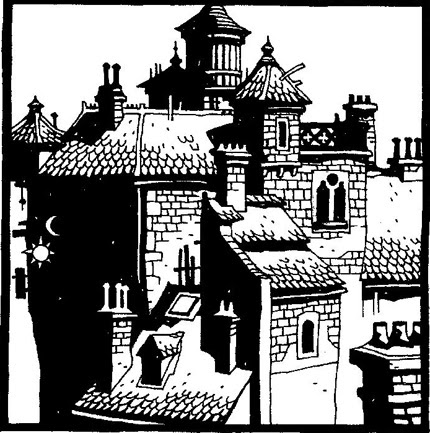 The city lifts black roof-shields toward the stars
And shuts the jungle out with mortised stones
And seals the scent of flowers in glass jars
And locks Earth’s secrets up in brass-clasped tomes
No satyr may live there, no faun survive
The stench and clangor of each crowded street.
The white-fanged beasts of night cannot contrive
To gnaw an entrance through its black concrete.

Yet ‘mongst the gargoyles on the slated roofs
One gray-masked face peers down with living  grin
That mocks the scurry of the city’s floor.
Two gray-gloved hands tease ope’ the library’s door
And break the ponderous books and scribble in
Footnotes that give the lie to all proud proofs.
-
Fritz Leiber 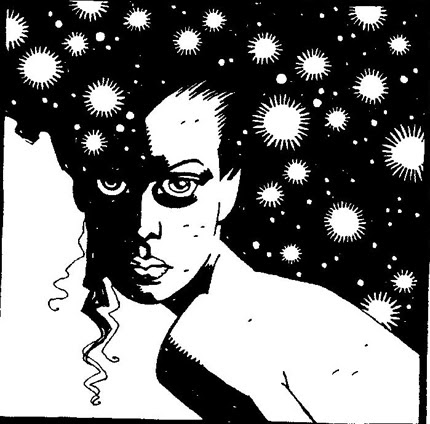 Soft-sandaled feet press lightly on the stones
That cobble Lankhmar’s mazy alleyways;
A grayish cloak melts in the river mist
That billowing with many a darting twist
Fumes round the corner from the nighted bays
To chill with sorcery men’s blood and bones;
Only a bat whose sharp ears caught one sound
Knows that the Mouser is on business bound.

A jewel from Quarmall or a girl from Kled,
A caravel said to be docking soon,
A rune that Sheelba magicked from the dead,
Or a dread whisper from beyond the moon
What man can name the thing the Mouser seeks
Or read the smile that links his sallow cheeks?

Both included in the White Wolf edition of Ill Met in Lankhmar. 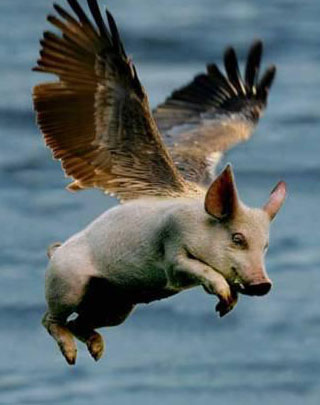 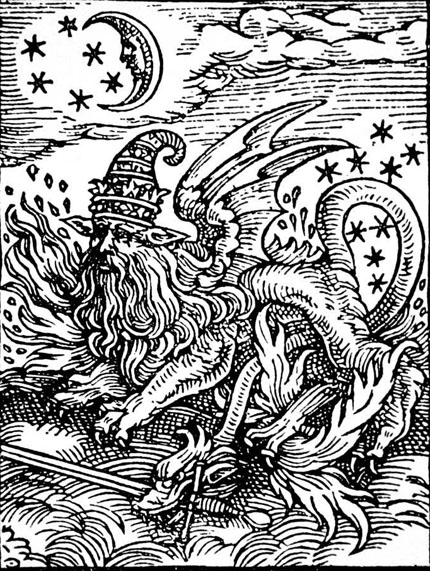 Though they are both monstrous and bestial, magicores exhibit leonine confidence and an excess of personality.
Magicores have a particular weakness for ornate headgear. Any captured creature with skill in hattery will be forced to create fabulous and impressive hats for the monster. Until such time as its appetite overcomes its vanity.
Posted by E.G.Palmer at 8:17 PM 46 comments: