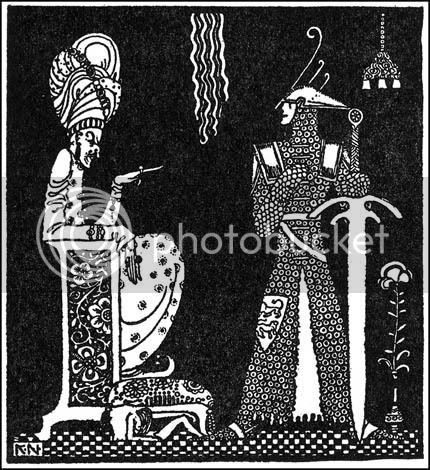 By Kaye Nielson, from East of the Sun, West of the Moon. A pre pulp illustration from a book of northern tales. I love the full lenght coat of mail and the shell shaped helmet. 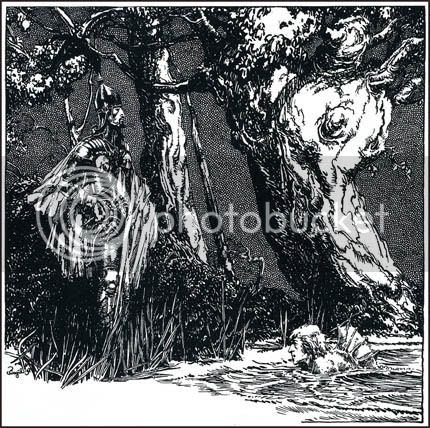 Virgil Finlay, from Psychopompos, by Lovecraft. I love the intricate armor, these little images don't do Finlay's work justice. Editors admitted that his art was out of their league, but he was young, and took what they could pay. 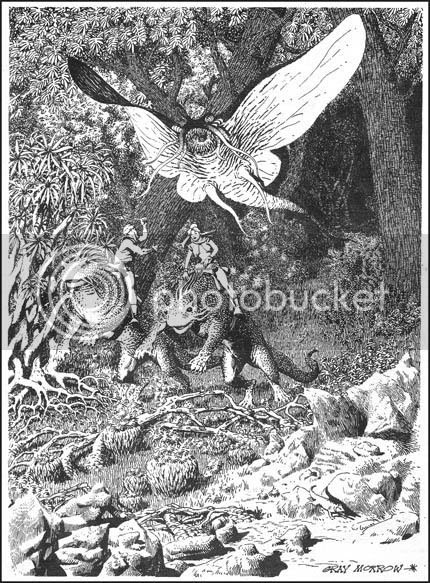 Gray Morrow, I believe this was for one of Burrough's Carson of Venus stories, but to tell the truth, I don't remember now. With a flying tentacled bug-eyed manta creature pursuing our heroes escaping on ridding lizards though, it doesn't matter. 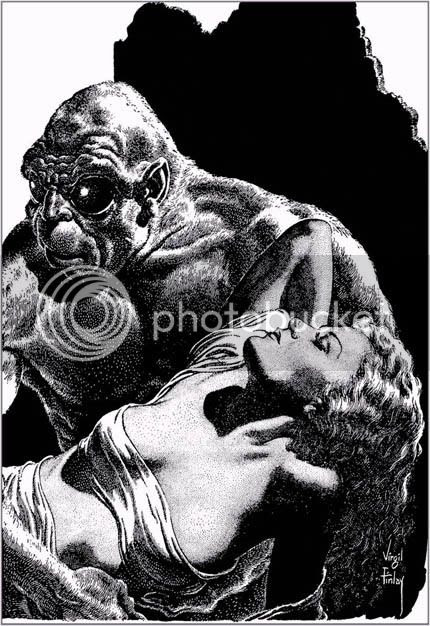 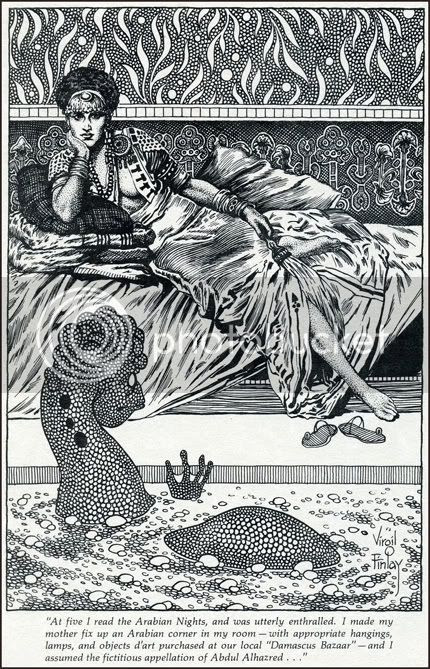 Virgil Finlay. at full resolution, his work is mesmerizing, the detail is unreal. 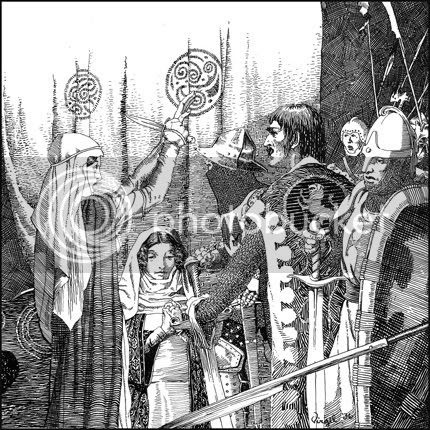 I have lurked for a long time on many, many forums and blogs devoted to Original and Advanced Dungeons & Dragons, and I have gained a treasure trove of great ideas, gaming tips, and techniques. I've watched discussions, edition wars, and realignments of gaming communities and it's all been fascinating.
I never paid any attention to the net before a few years ago, and I thought, like I've found that many others did, that I was just about the last Old Guard D&D player left. It was a revelation to me the first time I realized that guy posting as Colonel Playdough was Gary Gygax!

One of the more interesting discussions to me has been the ongoing war over D&D art, old vs new, this style vs that one.
As you might expect from the blog title, I don't much care for contemporary game art. Glossy paper and anime styling cues leave me cold.

The illustration at the top of this entry is a piece by Virgil Finlay from a story called, The Lost Door. It was done in 1936 for the pulps. The fiction of the pulps and earlier works was the basis on which The Game was founded. I think of alot of this art as preD&D art.
I'm posting a few black and white illustrations here to start with, I'm sort of e-challenged, but when I work out how to do it, I'll but up big scans.
When I look at that picture, my old school eyes see, three fighters, a female magic user, and a female cleric, plus some hentchmen. I've never actually read the story the image illustrates, but as far as game inspiration goes, it doesn't matter.
Going back to before the beginning of the hobby to see what inspired it in the first place will refire your mind furnace with new possibilities, then let your players beware!
Posted by E.G.Palmer at 7:13 PM No comments: