The Spy character class; "The name is Bond, Fantastic-medieval Bond". 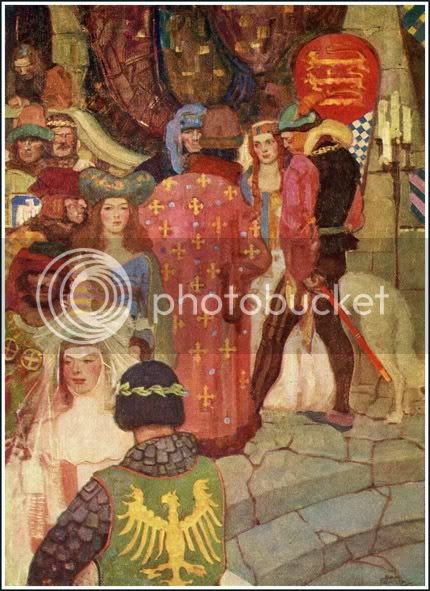 The Spy is a character class specializing in information gathering, the theft or recovery of objects, and assassination. A spy may be an agent of a government body or a given Lord, a religious Leader or church, or a powerful mage or organization of magic-users. A spy may also be a free agent, offering his skills and services to those willing to pay for them. A spy may also work purely for his own immediate gain, without the direction of a patron if he so chooses.

A spy will never admit to his profession. Instead, a spy will employ a Cover Class, acting as though he were in fact, a fighter, thief, magic-user or cleric. Thief, fighter, or else merchant, tradesman, or courtier are the cover classes preferred by spies. Pretending to be a magic-user or cleric may put the spy in the position of being expected to perform magic of which he is not capable. Even the spy’s close companions and adventuring partners are unlikely to be privy to his true class status.

A spy always starts his career in the service of a given power. The training in espionage a spy requires can be taught by very few mentors and is even more hidden and esoteric than that of most schools of magic use. A first level spy will likely still be in the influence of the spy master who mentored him, if not in direct service to him. As a parting, or graduation gift, a spy master will often bestow upon his apprentice a list of contacts and bolt holes. These contacts will be people of various levels of social status who are allies of the spy master, or at least owe him a debt. They will aid the spy at need, to a degree.

In addition to the abilities he learns that directly involve spy craft, a spy learns a wide range of skills which are used to blend into the populations through which he must move unnoticed in the practice of his art. A spy may learn art appraisal, mercantile sense, horse breeding, iron working, or any other field of knowledge needed to support the guises he may work under. These skills and whether or not a dice mechanism is to be attached to them are left to the preferences of the Dungeon Master.

A spy is a competent combatant, attacking on the fighter matrix, but primarily operates by misdirection, stealth, and subterfuge. A spy will avoid melee unless reasonably certain of victory.

A spy can be of any alignment. Spies who are both Lawful and Good are, however, few and far between.

The spy class is open to all races.

A spy may use any melee weapon without penalty. A spy may acquire weapon proficiencies in the same manner as would a fighter.

A spy who attacks with Surprise may assassinate his target as would an assassin class character of equal level.

A spy is always on the look-out for concealed or secret doors or hiding places and has been trained to find them. A spy has a 2 out of 6 chance of noticing such things upon entering a room. This increases to a 3 out of 6 chance if exclusively and actively searching.

Intelligence is the primary attribute of the spy. A spy must have an intelligence score no lower than 10. An intelligence score greater than 15 will give the spy a 10% bonus to experience points earned. A spy with a 15 or better intelligence will, at 9th level, have a 50% chance to learn an alignment language that is within two steps removed from his own.

A spy may wear armor which is consistent with that available to his Cover Class. Generally, a spy will prefer light, non-metallic armor, or depend upon magical protections rather than be encumbered by the heavy metal armor of the fighting man. A spy will be unable to employ either his thieving abilities, or perform an assassination if wearing armor other than leather, or studded leather.

A spy may Open Locks, Find/Remove Traps, Move Silently, Hide in Shadows, Listen at Doors, and Ascend/Descend Vertical Surfaces as would a thief of equal level. As with thieves, the spy’s chance to succeed in these endeavors is considered to be over and above that of a non-spy or unclassed character.

A spy may also Read Person. By observation of a given person, and/or directly engaging that person in conversation, a spy may be able to discern something of that person’s character or motivation. A spy has a base chance of 10% to Read Person at first level. This chance increases by 10% per level of experience, and a 1% bonus per point of intelligence over 10 is also accrued. It is wholly up to the Dungeon Master’s discretion what insights into the read person’s character or motivations the spy may gain by success.

A spy may also Disguise himself and/or Pose as another person in the pursuit of his goals. Disguise refers to physical changes in the spy’s appearance achieved by the use of wigs, clothing, prosthesis, or cosmetics. Pose refers to the spy’s ability to impersonate a given personage successfully. Ordinary NPCs that have no reason to suspect the spy is other than he presents himself will automatically be taken in by the disguise or pose. NPCs with class abilities who are wary, or have reason to be suspicious have a base 2% chance, cumulative per day of interaction with the spy, of realizing that the spy is not who he purports to be. Guardsmen, Shire-riffs, moneychangers, Lords and military officers are of the sorts of NPCs which would be wary of spies. 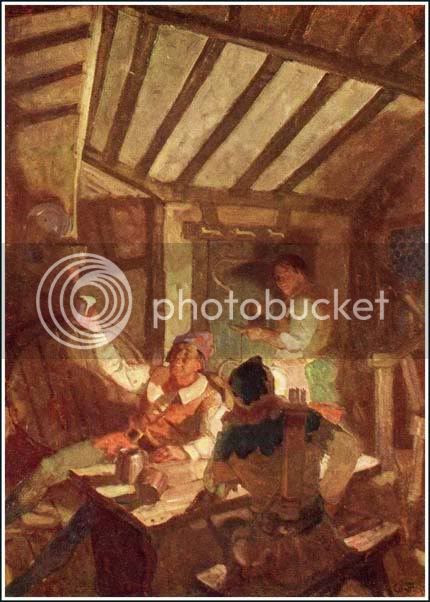 A spy’s class advancement follows the same numerical progression as the Thief’s.

A spy may contract hirelings, but will not attract henchmen. Rather, a spy will cultivate contacts. These persons are often of dubious nature, but may largely be counted on to help the spy in a pinch, providing information, victuals, a hiding place, or equipment.

At 10th level a spy becomes a spy master and if he wishes, may found a safe-hold and gather his own circle of spies. A spy master will create safe-holds in multiple locations. A safe-hold will always be hidden from common knowledge behind a front, such as a tavern, a school, or a bath house. Apprentice spies, properly vetted, may be sent to the safe-hold for training by contacts or former clients of the spy master. A high level Spy Master will not rule a demesne directly, as might a Fighter-Lord, but through his network of contacts, spies, and associates, is likely to have far greater influence on the course of events. 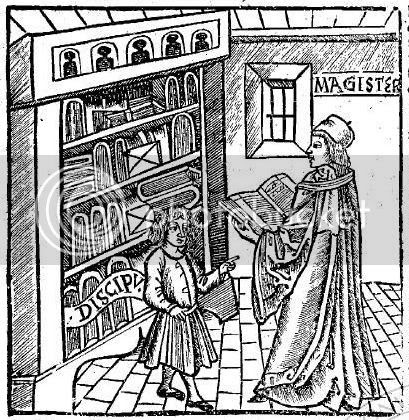 The spy is a reprioritization of the assassin, blended with the thief, plus some additions of my own to more closely simulate the sort of character you see in modern espionage fiction, but reshaped to fit a fantastic medieval game world. I think the class would fit in well in a setting or campaign that indulged in intrigue or the "Game of Houses" scenario.
The spy class abilities I've left fairly open ended as far as the mechanics go. I of course think that role playing out the read person, disguise, and pose abilities is the best way to go. You will have situations where the player, or DM may not feel up to it, or don't want to spend the game time on it though, so the mechanics are there as a back stop.
I also think it would be fun in a standard adventuring type of campaign. That PC that wears leather armor and claims to be a fighter, whom the party assumes to be a theif, might actually be a spy wearing a double cover class. Maybe he's a freelancer, maybe he reports to the Local Lord, maybe it goes higher than that.
Throw some rival NPC adventurers, the Tax-Monger, The Slave Merchants Guild, and the Unlicensed Purveyors of black lotus juice into the mix, and an honest, hard plundering party of adventurers may have a more difficult time in fencing their haul than they did in acquiring it.

I'll be interested to hear any feedback, additions or changes that occur to you. This is my first draft of the idea, and I expect to make some changes.

Art wise, we've got some Mead Scheaffer(sp?), a Jeff Jones piece for Red Shadows, and a wood cut illustration I found somewhere.

So he has all the benefits of a fighter, except a little armor restriction that he can in fact ignore, and thief abilities and assassin abilities and a bunch of other stuff thrown in for good measure - and he advances as a thief! Dude, cool class but WAY too powerful. Why play anything else? If you really want to give him all those abilities (I wouldn't), he should need about 5000 for first level. Just my 2 cents.

If your players are all munchkins, then, yes, maybe that's a problem.

If they're grown-up human beings, however, maybe not.

I don't think it's fair to assume that me or my players are munchkins or immature just because I thought the class was too powerful. Sure, if nobody cares then nobody cares. Cool. But he asked for criticism about a class for a traditionally low-powered (compared to later editions anyway) game. Like the discussions about d6 weapon damage making the rounds illustrate, keeping it simple across the board makes it easier for players to do or play whatever they want without feeling like they've had to sacrifice anything to do it - I kinda think that's part of the spirit of old school games. Maybe you disagree. Cool. No need to be snide.

Hmmmm, it hadn't occured to me that the spy might be seen as over powered. Since the theiving abilities and the assassination are unavailable with greater than studded leather armor, I assumed that players running a spy would stick with the leather.
I really only expected a spy to wear armor as part of a pose or other subterfuge.
It wouldn't make sense to play a class with abilities you couldn't access due to an equipment choice.
I did intend to make the numbers for level progression steeper, like those for a magic-user.
I just changed it to thief at the last since the spy really dosen't have increasing power as he levels up like a magic-user would.
He lacks the thief's backstab and pickpockets. Hmmm, maybe I should give him the read languages ability.

First, because I haven't already said it, there's a lot of awesome going on with this class and thanks for sharing it. That said, I'd knock the HD down to a d6 or maybe even a d4 if the system you're using has the thief at a d4. I'd also use the attack progression for either thieves or maybe clerics - James Bond did kick some ass, but he also got smacked around A LOT; and he is, I would suggest, far from a typical example of the class. As you correctly point out in your post, a good spy would avoid fighting as often as possible (if you have to fight a lot you're probably not a very good spy). Then you could leave the xp progression as thief or cleric and have a cool, competitive class. Thanks again for posting it.

I very much like it, but, mechanically, I have to agree with nextautumn:

But, please do add the Read Languages.

Instead of a cover class, you could say that they have to multi-class with something else.

The sentence "Why play anything else?" implies that the only thing a player could possibly care about is how powerful the class in question is.

That's why I said the thing I said.