How I learned to stop worrying and love the dice. 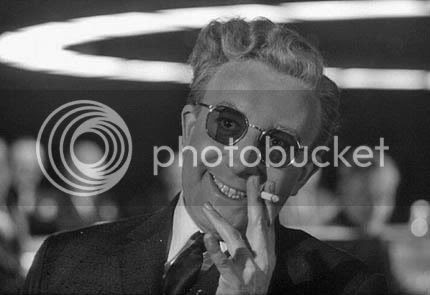 Some little while ago, there was a thread on Dragonsfoot started by a gamer who came from Wotc D&D, but wanted very desperately to like AD&D. The flavor and feeling of Old School gaming was very appealing to him, but he was having difficultly getting a handle on the rules eccentricities and the differing gaming philosophy at the heart of early TSR D&D. The thread was about how to address his frustrations with the facets of AD&D that seemed irrational and counter-intuitive to his 3E senses.
It was a very interesting thread, and the stalwarts of Dragonsfoot were mostly helpful and generous, counter to the image that I often see bandied about the web concerning Old School Grogs.
I'm going to quote my own response in that thread here. It seemed to me that most of the problems the opening poster was having in adjusting to AD&D had to do with the different expectations that the two schools of gaming thought bring to the table. Old School's acceptance of free-wheeling, and loose game mechanisms vs New School's desire for tight, and precise rules that are capable of standing on their own without the hand of the DM to hold them together.

Don't take this as 3E bashing, I don't really care enough to attack the game. AD&D is my baby, and I just look to other games to help me define and discover by contrast, just what it is that brings me joy about it.

This is what I said on Dragonsfoot about how to come at AD&D vs 3E.

"AD&D, and OD&D, I see as something like a suit of armor. Many different pieces that must be worn together and guided by the DM to function as a complete system. Each sub-system of the game ties loosely to the others, but depends on the DM to keep the whole thing together and moving.
This bothered me as a kid player, I wanted that unified mechanic phantom that everybody chases after. I wanted it to always, "make sense". The thing is, this is not possible, there is no way to cover all possible contingencies in a set of rules that neatly tie together and don't cover 10,000 pages.
Unified mechanical resolution of every possible scenario is a perpetual motion machine. It is not achievable. AD&D, and OD&D can cover all possibilities because they do not attempt to define them.
You, the DM, are the "unified mechanic" , you inhabit the rules, you wear them, and pick and choose which ones to employ and at which times in a way that is most congenial to the shape of the game you run. I think this is the core of the disconnect between old and new schools of thought.
New school appears to see the rules of the game as the game itself. It wants the game to be a self contained thing that stands on it's own without guidance and can be picked up and turned on and played and always turns out a perfect game.
Old school, as I perceive it, considers the game rules as a set of tools. The rules are hammers and wrenches, paint and brushes, chisels and saws. I use the rules to make the game as I go along. The game is created as it is played, by the choices the DM makes in how to use the rules, and the choices the players make in reacting to them.

Now, I don't think I'd change any of what I said in that post, but I think that what I was really thinking about was the difference in accepting the idea of abstract conflict resolution rules vs the idea of defined conflict resolution rules.
I'm pro TSR D&D because of the abstract nature of the rules. I think this is the very heart of the disconnect in approaches between the schools. As I said above, as a kid I wanted the strict yes or no approach to every situation in the game. I thought there was a problem if the rules didn't cover something.
But you can't cover everything in an RPG. We're simulating life and death in a fantasy world, not moving counters on a board. You just can't ever write a complete set of rules to deal with all possibilities, because the possibilities are infinite.
Abstraction in the rules is absolutely necessary to allow the Game Master to address unexpected and unplanned for situations, and those situations are exactly what give the game life.
This is what allows The Game to be the fantastic mind trip that it is at it's best. When you hammer down every last play option by hard wiring the rules to dictate that you must make the optimal choice or fail, you're not enhancing play, you're ensuring that it will be less than it can be.

You're definitely onto something here. As a TSR guy who moved There (WotC) and Back Again, learning (or relearning) to trust the dice has been integral to my understanding of the old school philosophy. Life isn't balanced - it's messy . . . but a helluva ride. That's how I want my RPGS. Balance - or the illusion of it - is pointless. If life was perfectly balanced, I don't think I'd want to play.

Excellent post. I wholeheartedly agree. Your turn of phrase contrasting the "DM inhabiting the rules" as the unifying spirit it needs versus the consideration of the rules of the game as the game itself is particularly accurate, in my opinion and experience.

Excellent post. I was just thinking about this as our most recent C&C gaming session included two new players. I had not met one of them before and he turned out to have a lot of 3e experience. He was a good player, but afterwords confessed that he was looking for specific things (e.g. feats) that his character could do. Just as a DM makes the game, the player (rather than the list of feats, skills and abilities) makes the character.

Thanks, gentlemen! I always worry I'm going to turn people off when I start with the game philosophizing instead of sticking with monsters.

Nice to see you share some of my sentiments.

And Ken, "Just as a DM makes the game, the player (rather than the list of feats, skills and abilities) makes the character." , this is a very good observation.

I like to see players holding up their end of the bargain at the table.